On the 5th July 2003, the Matobo Hills in Zimbabwe were inscribed onto the World Heritage List by UNESCO.

The area exhibits an abundance of distinctive rock landforms rising above the granite shield that covers much of the landscape of Zimbabwe. The large boulders provide ample natural shelters and have been associated with human dwelling from the early Stone Age right through to early historical times. They also feature an extraordinary gallery of rock paintings. The Matobo Hills continue to provide a strong focus for the local community which still uses shrines and sacred places, closely linked to traditional, social and economic activities.

Criterion (iii): The Matobo Hills has one of the highest concentrations of rock art in southern Africa. The rich evidence from archaeology and from the rock paintings at Matobo provide a very full picture of the lives of foraging societies in the Stone Age and the way agricultural societies came to replace them.

Criterion (v): The interaction between communities and the landscape, manifested in the rock art and also in the long standing religious traditions still associated with the rocks, are community responses to a landscape.

Criterion (vi): The Mwari religion, centred on Matobo, which may date back to the Iron Age, is the most powerful oracular tradition in southern Africa. 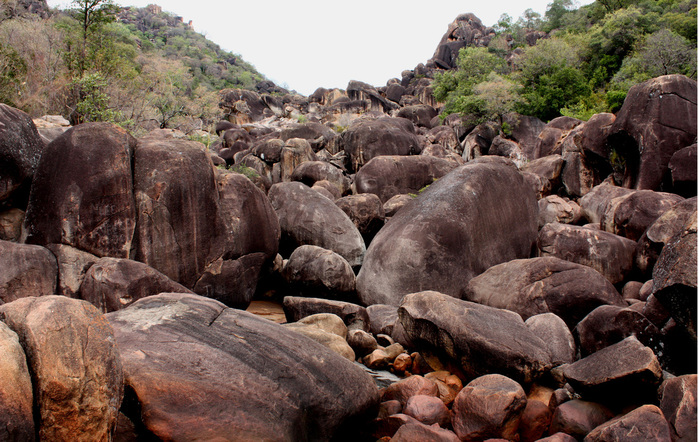